We are excited to announce 3  special screening events celebrating the 50th anniversary remastered version of the iconic ‘Morning Of The Earth’ and a selection of the best short films from the ASFF film competition not seen on the main tour. Come join us in September for this nostalgic trip into surfing history!

ASFF is New Zealand’s annual surf film festival held annually at the end of summer. Celebrating the best of surf culture, surf cinema and our connection with the environment. In true kiwi style, we take a curated selection of international and kiwi surf feature films, documentaries and short films to the masses.

The Aotearoa Surf Film Festival is proudly supported by

Designed by the talented Blake Gordon for our 10th anniversary celebration. Available for purchase below or at festival tour events while stocks last.

T-shirts are AS Colour, unisex sizing from Small – XL

PLEASE NOTE: This will be pre-order, with delivery starting in March. 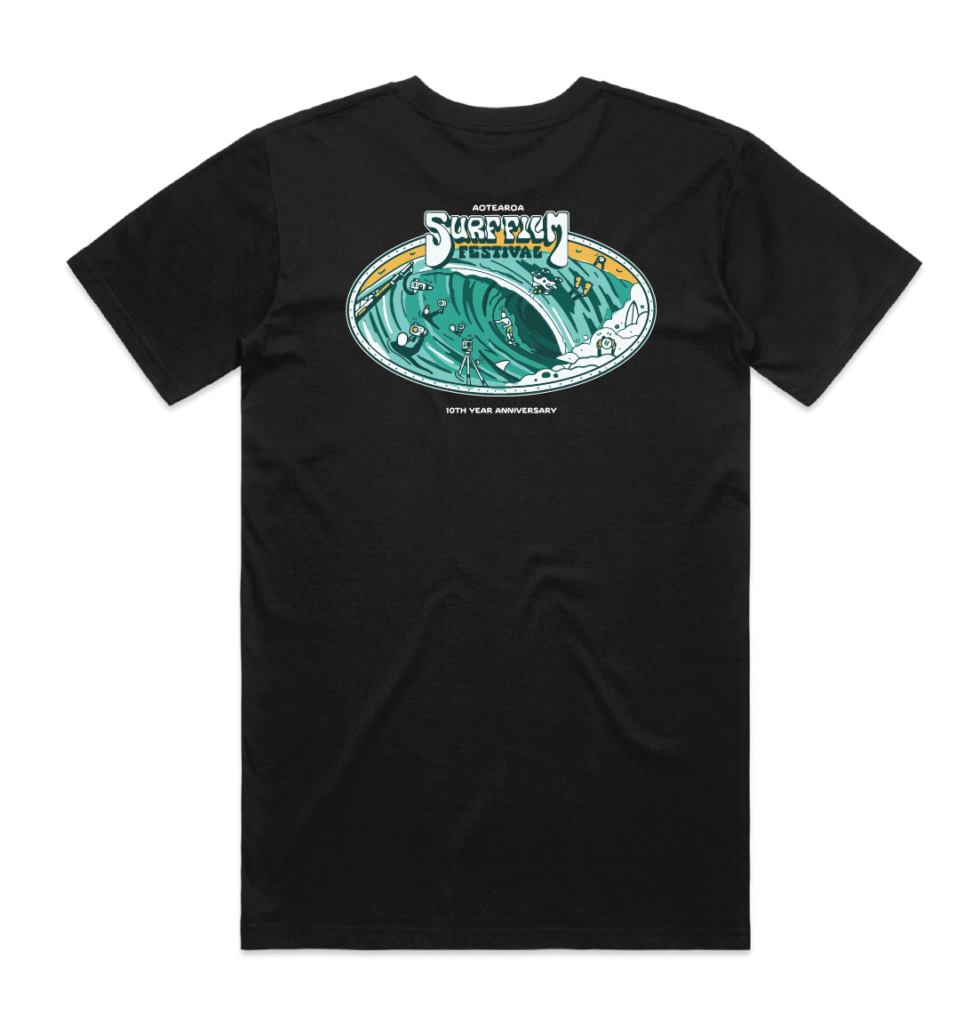 Have a question about the festival? We would love to hear from you, feel free to drop us an email: